Loma-Väkkärä was established on a farm by the name of “Ylä-Väkkärä” in the community of Suomenniemi in South Karelia, Finland. The area is rich in history, having once been the border of the Swedish and Russian empires from 1743 to 1809. In fact, the border of the farm marked the border of the empires, and the farm’s land was situated on the Russian side. The three farm buildings were once occupied by so-called “border riders”. The unusual name “Väkkärä” is thought to have come from the Swedish word “Väckare” meaning alarm clock.

Ylä-Väkkärä (“Upper Väkkärä”) was typical of farms in South Karelia, with fields, forests and dairy cattle. The first farmer with our surname Kauria (Matti) took over the farm in 1821. The main building that stands today was built in 1897. Milk was the farm’s main business all the way until 2005. After a serious accident involving Pekka, the head of the farm, dairy operations were discontinued. The fields are still cultivated by us, however, and the forests are an important source of income. 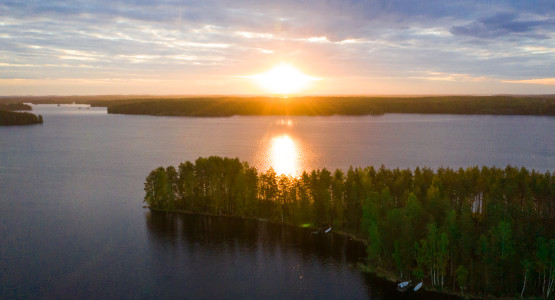 Holiday cottages as a side business for the farm

In the mid-1990s we sat down with an agriculture consultant to consider how to develop the farm’s business without increasing our workload. Outi was working full-time at a bank, and we were busy raising four daughters. The consultant asked whether we had considered building holiday cottages. We had enough lakeside property, so we began taking the idea seriously – especially since the legislation for building beside lakes was expected to tighten by the end of the decade. We therefore applied for building permission for six holiday cottages.

For both financial and technical reasons we decided to build the holiday cottages in phases rather than all at once. “Syväjärvi” was completed and “Härkäjärvi” renovated in 2000. The following year “Kalastajan torppa I” and “Kalastajan torppa II” were constructed on the island. We then took a breather for almost 5 years before beginning work on “Lokkero” and “Nuottakallio”, which were completed in 2006. 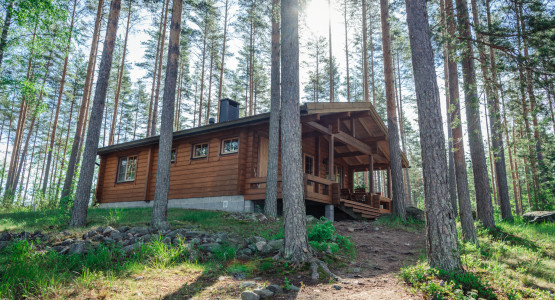 Our experiences over the past over 15 years have been very pleasant. Our home has always been open to our guests – in the past they could even visit our cows in the barn. We have gained many loyal customers and friends in these years. Outi retired in autumn 2010, allowing us to focus even more on our holiday cottage business.

We wish you a very warm welcome! 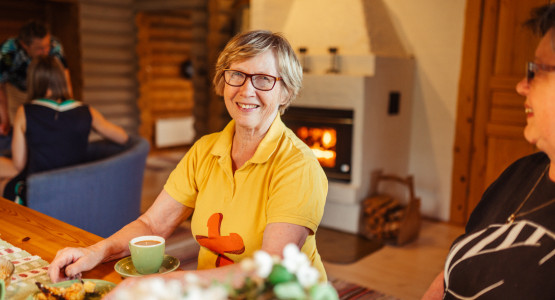